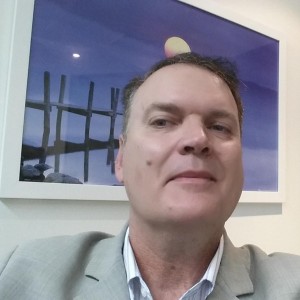 On the mornings she undergoes chemotherapy, Jeanne Safer hypnotizes herself en route in the taxi. 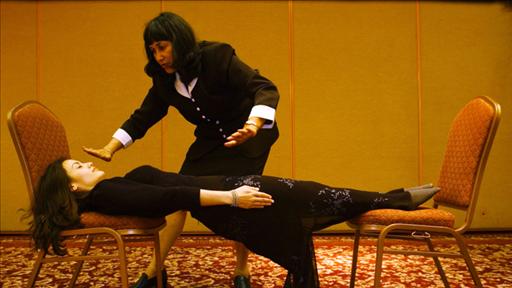 Hypnosis may stir images of stage magic and swinging pocket watches, but there’s growing evidence it can be useful for easing pain, relieving anxiet and relaxing patients before surgery. Melinda Beck has details on Lunch Break. Photo: Getty Images

She starts by closing her eyes, then rolling them up to the top of her head and down, all the while breathing deeply. “As I’m doing that, I’m saying to myself, ‘This is a procedure that will save my life. I’m not going to fight it. I’m going to make it as easy on my body as possible,’ ” she says.

Dr. Safer, a New York psychologist who has a rare but curable form of leukemia, started out as a skeptic, but found that hypnosis helped put her at ease before biopsies, MRIs and several surgeries. She now uses it with some of her patients as well. “It’s an excellent self-management technique,” she says. “It gives me a feeling of mastery, a sense that I am participating in my own care rather than just being passive.”

Hypnosis can relax and distract, but expectant moms should be wary of exaggerated claims by some ‘hypnobirthing’ centers that promise painless labor without drugs.

Hypnosis has been the subject of fascination, intrigue and ridicule for centuries. Now, researchers are getting closer to understanding why and how it can work. The mechanism may be similar to the placebo effect—in which patients’ expectations play a major role in how they feel. Hypnosis, in turn, can help patients adjust those expectations to minimize pain, fear and disability.

The image of a stage hypnotist swinging a stopwatch and commanding a volunteer to squawk like a chicken has led to misunderstandings, experts say. Real hypnosis for therapeutic purposes gives subjects more control over their minds and bodies, not less.

“We can teach people how to manage pain and anxiety, ” says David Spiegel, a psychiatrist and director of the Center for Health and Stress at Stanford University who has studied hypnosis for 40 years. “There’s been this mistake in medicine that if you have a certain amount of tissue damage, you should feel this amount of pain. But many things can alter how much pain you feel.”

Indeed, scientific evidence is mounting that hypnosis can be effective in a variety of medical situations, from easing migraine headaches to lowering blood pressure, controlling asthma attacks, minimizing hot flashes and diminishing side effects from chemotherapy.

Some psychologists use hypnosis and other methods to lower the expectation of fears, such as the fear of insects, flying, needles and heights.

Last week, two studies from Sweden found that one hour a week of hypnotherapy for 12 weeks eased symptoms of irritable-bowel syndrome in 40% of patients (compared with 12% in a control group) and that the positive effects can last as long as seven years.

Such scientific findings still catch skeptics by surprise—in part because many claims haven’t been carefully studied. “Hypnosis is like a good kid with a bad reputation. Everybody is interested, but in the back of their minds, they’re thinking of Bela Lugosi,” says Guy Montgomery, director of the Integrative Behavioral Medicine program at Mount Sinai Medical Center in New York who has led many of the studies. “It’s not mind control. We can’t make somebody rob a bank,” he says.

Hypnotherapy does typically begin with the therapist instructing patients to relax deeply—often with long, slow breaths—then focus their attention intently. Some versions have patients imagine being on a beach or in another pleasant setting and enjoying all the sights, sounds and sensations. Once patients are relaxed and focused, practitioners give them soothing messages and suggestions, such as, “You have no urge to smoke” or “There is nothing to fear.” Theoretically, those thoughts remain even after the patient is focusing on the real world again.

However it works, a hypnotic suggestion in the mind can have measurable effects in the body. One Stanford study asked subjects to imagine that they were eating, and their secretions of gastric acid increased by 70%. In a study from Harvard Medical School published in the Lancet in 2000, patients who had 15 minutes of hypnosis before surgery not only needed less pain medication afterward, but also took less time in surgery, saving an average of $331 each.

Hypnosis is widely promoted as a quit-smoking aid, but review studies have found it has no greater effect after six months than other methods.

“There is a strong link to physiology—and it’s getting stronger, the more research is being done,” says Tanya Edwards, director of the Center for Integrative Medicine at the Cleveland Clinic. She says about half of the center’s patients are referred by other Cleveland Clinic physicians, particularly gastroenterologists, oncologists and primary-care physicians looking for ways to help reduce patients’ pain.

Brain-imaging studies have shown that while parts of the brain that register painful sensations are still active, the anterior cingulate cortex, which reflects attention, is less engaged. That observed brain effect is greater in the 10% to 15% people who are “highly suggestible” to hypnosis. About 30% of people are resistant—particularly those who are deeply skeptical.

Exaggerated claims abound here, and scientific studies are few. Most show only a slight benefit from hypnosis, if any.

Whether patients are actually in a “trance” is a matter of debate. Dr. Montgomery says the notion is upsetting to some people, and he finds that being relaxed and at ease is sufficient to benefit.

Dr. Spiegel counters that “you get more bang for your buck if you’re in a trance,” which he describes as being completely absorbed—like being engrossed in a great book or movie. But he notes that people can enter and exit that state at will.